THE RIGHT OF PEOPLES

TO ALL PEOPLES,
To the realization that the majority of the world’s peoples are subject to their government as a “higher authority”,

The word “PEOPLE” refers to a group of people who share a common language, culture, historical heritage and representative body.

The word “STATE” refers to this representative body and the institutions it manages.

The word “NATION” used here refers to the whole of the people and the State occupying a given territory, delimited by borders.

Contrary to the logic and the official texts presented, governments consider that they are “above” the people who appoint them to manage the Nation, and often even “above” the laws they impose on their people.

The State, however, is the management body chosen by the people. It must, by definition, be perpetually subject to that people.
Only an inappropriate form of governance can lead to a reversal of roles.

The sovereignty of the people has been recognised as the basis of human civilisation since the Human Rights established at the end of the eighteenth century, and reaffirmed by the 193 signatory countries of the UN, which stipulate in Covenants 1 and 2 that “peoples have the right to self-determination”.

Since the state is a small part of the people, it is naturally the largest part which must therefore decide on the rules of life and organisation. In other words, the form of governance and the rules of management. This is known as the Constitution.

When this natural, as well as imprescriptible and inalienable principle is not respected, the sovereignty of the people is flouted and individual rights are in danger of being violated.

When the Sovereignty of the people is violated, the government is no more than a small group of individuals seeking to impose its law on the people as a whole.

When the Nation is devoid of legitimate government, the people must establish a situation report by an assembly of volunteers who form a Public Prosecutor’s Office, then create a “National Council of Transition”, and finally establish a “Supreme Court of the People” to ensure PERPETUALLY the Sovereignty of the People, the only foundation of true democracy according to its definition.

The “National Transitional Council” is the body that the people can set up if they consider that the current system of governance is what led to the loss of the rule of law.

This Council must then put in place the structure that will enable the people as a whole to rewrite a constitution that no longer allows violations, and temporarily manage the affairs of the nation according to a pre-defined programme.

To be valid, this Council must comply with a certain number of rules.

The “Right of peoples to self-determination” recognised by the UN, requires the creation of a higher body of justice to guarantee the independence of the judiciary and to ensure that the state functions in accordance with the laws of the people, because the independence of the judiciary is the indispensable condition for the respect of human rights, the only bulwark to guarantee the full respect of individual rights, notified by the Universal Declaration of Human Rights.

Until the establishment of a new mode of governance or a National Transitional Council, this Supreme Court thus becomes the only legitimate body to legally represent the people before national and international bodies.

The only lasting guarantee of unfalsifiable fairness is only ensured on the condition that the judicial system remains permanently under the high and sole authority of the Sovereign People, which is why the “Supreme Court of the People” must be made up of a few permanent members from the various professional bodies responsible for the organisation, but it is essential that it be simple people drawn by lot from among the population, who judge and pronounce sentences in complete independence. Each case to be dealt with by this Supreme Court will require a new drawing of lots.

These persons will be sufficient in number to represent a varied sample of the population and, always in number, at least seven times greater than the number of permanent staff.

This Supreme People’s Court, hierarchically situated above all the institutions, is the permanent guarantor of the rule of law, and therefore naturally becomes the superior authority of the national army to which it will appeal for the execution of its decisions.

It follows from this that the People will have a superior organ of justice that constantly monitors the legitimacy of the actions of the state and is ready to punish any attempt to deviate.

This body, a “Supreme Court of the People” hierarchically placed at the highest of all institutions, will be accessible throughout the territory, replacing the Courts of Appeal with “Legitimate Courts” composed exclusively of persons drawn by lot from among those who are foreign to public functions.

A people deprived of justice by these national institutions will be able to have recourse to this International Court, simply by constituting a “National Council of Transition”.

Any country with a “Supreme Court of the People” will have established in perpetuity a democracy based on the Common Good of the Nation and on “Human Rights”. 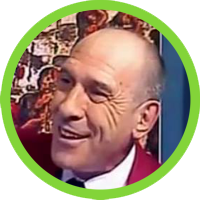